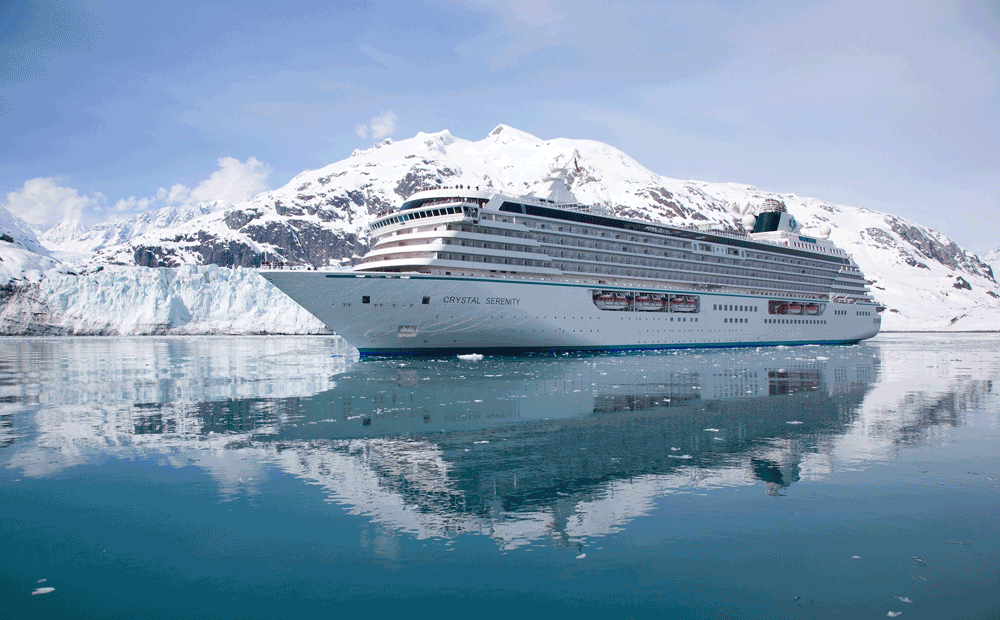 Only about 10% of the Northwest Passage has been properly charted, according to the US and Canadian Coast Guards.  So Crystal Cruises installed WESMAR’s navigation and security sonar for underwater surveillance before its 820-foot long luxury cruise ship CRYSTAL SERENITY embarked on its historic 32-day trip through the Passage last summer.

One thousand passengers made the voyage via the Canadian Arctic and Greenland having paid upwards of $22,000 each. The cruise took passengers through areas of exceptional wildlife sightings, stunning displays of nature, and rare experiences. The cruise was so popular and the ship so elegant, the company has announced they will repeat it again this year traveling the same 32-day schedule leaving from Seward, Alaska, August 15 and arriving New York Harbor, September 16, 2017.

“The WESMAR EV850-110kHz-10 inch Navigation and security sonar is operating on many other cruise ships around the world where operators are unwilling to travel blind to the waters ahead and around the vessel.  It is used for detection of icebergs, underwater rocks/pinnacles, and reefs and for scanning harbor entrances for safe passage and anchorages for mooring hazards. The system provides 360 degree monitoring of the water around and under the vessel to protect against groundings and even hostile underwater intruders,” says WESMAR.

WESMAR, located near Seattle, WA, has been an industry leader in the design and manufacture of sonar for over 50 years, providing specialized equipment for government, commercial and private. WESMAR sonar is used for navigation, security and fish finding and is operating on vessels operated by navies, municipalities, cruise ships and a wide range of fishing operations around the world.