In the charter industry, it’s all about finding and catching fish on every trip — that includes a 345.1 lb. tuna!

Frank Ursitti is Owner-Captain of the F/ V RANGER 85. The alternate Captain is Robert Gray. The vessel is part of the H&M Landing fleet out of San Diego, California. It is the West Coast’s oldest, most experienced commercial sportfishing company, in operation since 1935!

Captain Ursitti installed his WESMAR HD860 sonar in 2016. “We purchased a WESMAR HD860 Stabilized Beam Sonar for the boat to enable us to remain competitive and one of the top performing vessels in our industry,” he said recently. “And targeting tuna offshore in challenging sea conditions demands stabilization when performance is your top priority!”

Both Ursitti and Gray have become expert sonar operators since installing their HD860. WESMAR’s performance for Frank was proven again recently when he spotted a bait school while fishing in the dark for Bluefin. Fishing over the bait school on the stop resulted in the catch of a 345.1 lb. tuna. It holds the record for largest recreationally landed Bluefin, and its weight in promotional value for the RANGER is even greater.

On the HD860, the stabilization gyro is in the soundome, so when the transducer moves, the gyro senses that movement and corrections are made in the exact direction the transducer is pointing, keeping the sound beam on a target. The WESMAR gyro runs 100% of the time. Other sonars have the gyro mounted on a bulkhead, making the stabilization less accurate, and much more difficult to remain on your target. 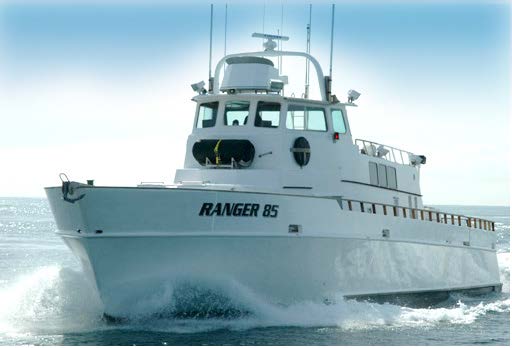 RANGER 85 is one of the most comfortable and versatile Sportfishing vessels on the West Coast. 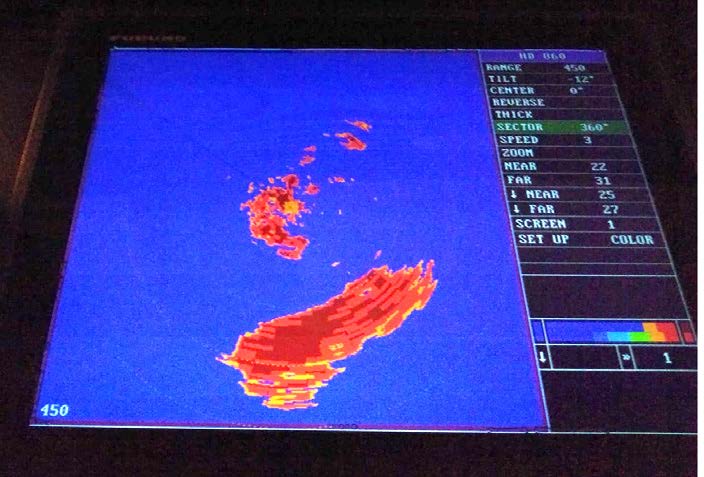 The WESMAR sonar clearly displays the bait school on which a 345.1 pound prize Bluefin was feeding. 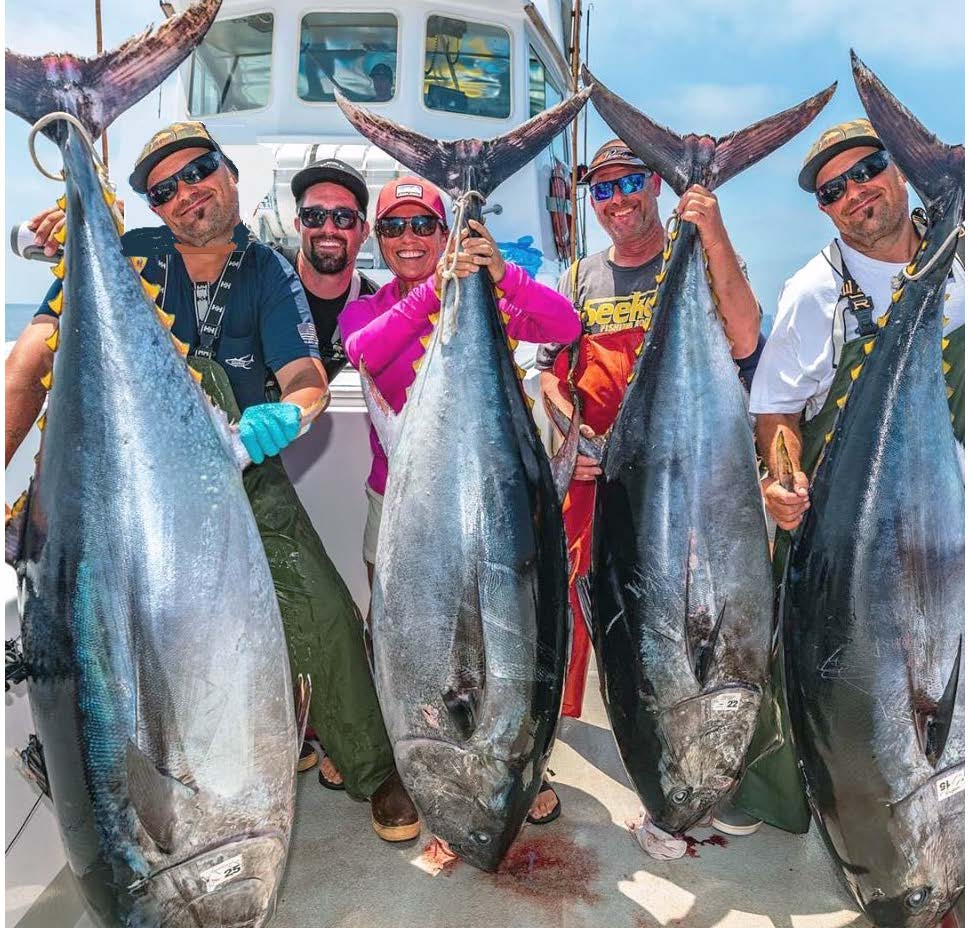 Happy customers – the goal for every charter boat operator. The latest fish finding technology combined with experience helps bring customers back, along with their friends.