Sonar tells squid fishermen when it's time for work

Owner of Monterey California fleet uses his WESMAR to fish for squid, sardines, anchovy, and mackerel.

"We have 100-times more efficiency using WESMAR sonar. Without it we wouldn’t go fishing. For sardines you have to have it. Sonar is the main thing for us-it tells us when to start work!”

That’s how Anthony Russo, owner of two large purse seiners in the Monterey California fleet describes his dependence on WESMAR sonar. Russo owns two of the largest purse seiners in the fleet: the F/V KING PHILIP an 88-foot vessel, and the F/V SEA WAVE, a 78-footer. He bought the SEA WAVE in 1989 and built the KING Philip in 1999. They are part of a 25 vessel fleet in Moss Landing, California that fish almost daily for squid, sardines, anchovy or mackerel.

Russo has played a part in the development of the equipment and methods used with it in this constantly changing and highly competitive fishery. For example, they use light boats and sonar in combination. In fact he and Jimmy Campo Jr., another member of the fleet, were the first to use sonar for locating squid, watching for marks on the sonar together with position of the light boats.

“I bought the first HD800 at the Seattle Fish Expo. It worked well on squid and after that everybody wanted to buy WESMAR. We get good service.” said Russo.

“The thickness feature is valuable for squid. Also sardine, anchovy and mackerel. We need it to stay competitive. When we began, the squid fleet was 100 plus boats, now it’s limited to 70, so things have changed. Generally the boats in the squid fleet are 45 to 50 feet and above in length.”

His observations about the sonar: “WESMAR makes their sonar user friendly; the easier it is the more people like it. WESMAR is the only sonar I like.” Typical of his vision and confidence in WESMAR products, Russo also put a WESMAR bow thruster with a 16” tube on the King Philip when he built it. He saw the need when docking a boat of that size, but he also uses it to stay off the net when setting. He’s currently building a light boat, and will place a WESMAR sonar on that as well.

Squid are members of the mollusk family known as cephalopods, which means foot-and-head. Market Squid (Doryteuthis opalescens), range from southeastern Alaska to Baja California, Mexico and are harvested for human consumption and as bait. They live in the water column from the surface to depths of 2,600 feet, and reach .up to 1 foot in total length, including their arms. They have eight arms and two tentacles that extend from the ends of their bodies where their mouths are located. They have a mixed, iridescent coloration of milky white and purple, but their coloring can change in response to environmental conditions.

The market squid commercial fishery is consistently one California’s largest in both volume and revenue. The permit system limits access to the fishery. It is managed and responsibly harvested under federal fishery management guidelines and the State of California’s Market Squid Fishery Management Plan. The population level is unknown. The entire population replaces itself annually.

In 2016, commercial landings of California market squid totaled more than 84 million pounds and were valued at approximately $40 million. Squid have a short life span (6 to 9 months) and fishermen target spawning squid because they die shortly after they reproduce. Even without fishing, the entire population replaces itself annually. As a result, market squid populations can handle a relatively high amount of fishing pressure. Ensuring that fishermen capture squid that have already spawned is key to the production of the next generation and future health of the population. 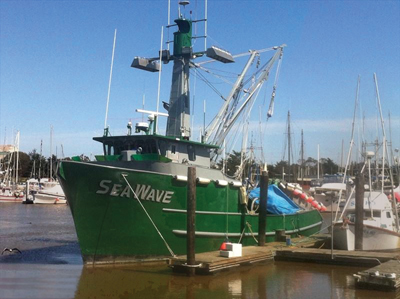 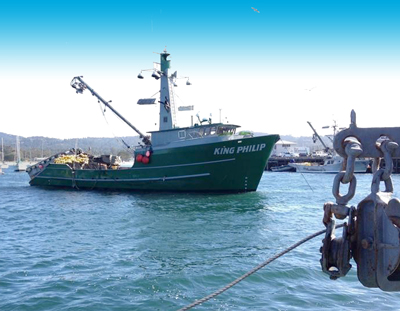